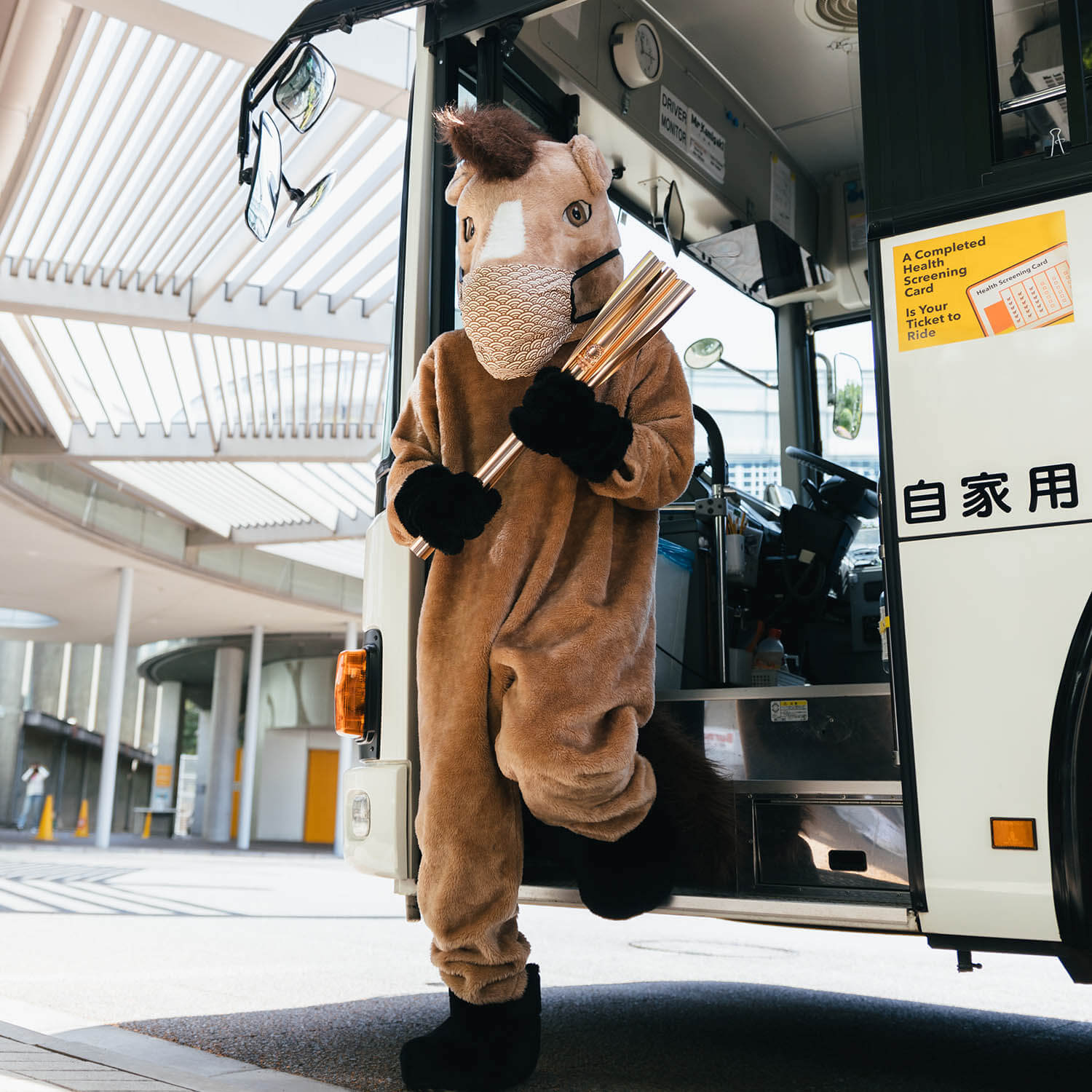 As the Olympic Torch Relay for Tokyo 2020 begins, ASIJ students have an opportunity to see the torch up close on campus.

The road to the Games of the XXXII Olympiad, more commonly known as Tokyo 2020, has not been smooth, but the launch of the Olympic Torch Relay on March 25 this year marked a crucial step in preparing for this summer’s events. Scheduled to coincide with the cherry blossom season in Japan the torch relay has the concept of “Hope Lights Our Way” — a fitting theme for current times and the aspirations of the organizers of the games. On March 31 this year current parent Yugo Kanazawa, who works for Lixil Corporation — one of the five companies that collaborated on the production of the 2020 torch — held the Olympic Flame aloft and ran with it as part of the relay. The Kanazawa family then generously offered ASIJ the chance for the torch to come to campus for an extended period of time so that it could go on display and be featured in several activities at school.

The torch began its time at ASIJ at the Early Learning Center where the Kanazawa’s son Keigo is in nursery — their older son Kaito is in eighth grade. The Mustang mascot put in an appearance and helped share the torch and its meaning with our youngest students. After a few days at the ELC, the Mustang brought the torch to the Chofu campus.

Students in Tim Gotterson’s design technology class looked into the construction of the torch, which measures 71 centimeters (28 inches) long and weighs 1.2 kilograms (2 pounds 10 ounces). The top part of the torch is shaped like a cherry blossom, a well-known symbol of Japan, and is designed to be wind resistant — supposedly even typhoon resistant.

Students from middle school art classes also studied the rose gold torch, which was created using recycled aluminum construction waste from the temporary housing that was built for victims of the 2011 earthquake and tsunami. Approximately 30% of the aluminum in each torch is recycled material. Each torch is fabricated from a single sheet of aluminum featuring the Olympic rings and Tokyo 2020 logo on the side. Materials for the torch were supplied by Lixil Corporation, who worked with four other companies to produce the torches. Students learned that the process of making the torches utilizes the same aluminum extrusion manufacturing technology used in the production of the Shinkansen Bullet Train.

When lit the torch has a bright blue flame inside, that acts as a pilot light, with five separate golden flames that emerge from the flower petals of the torch and come together as one at the center to give off a more brilliant light. For some sections of its journey the torch used hydrogen, in a first for Olympic torch relays, with the remainder powered by gas. This is one of the initiatives undertaken by Tokyo 2020 in alignment with the United Nations’ Sustainable Development Goals.

In the elementary school, the mustang mascot and Olympic torch made an appearance at recess to motivate participants in the elementary school’s Marathon Club challenge and school- wide Fun Run. This year, the annual Fun Run took place virtually with participants logging how far they ran between April 18–24. Those with the farthest distance for each grade level/ age group had the opportunity to hold the torch and take photos when the results were announced.

In Kindergarten, students took a close look at the torch and tried their hand at sketching it. Following the postponement of the Tokyo 2020 Games, the Olympic Flame, which was already in Japan at the time, was first transferred to the facilities of the Tokyo Fire Department for safekeeping, then later on kept alight at the Olympic Museum in Tokyo. This makes it the longest lit Olympic Flame in history.