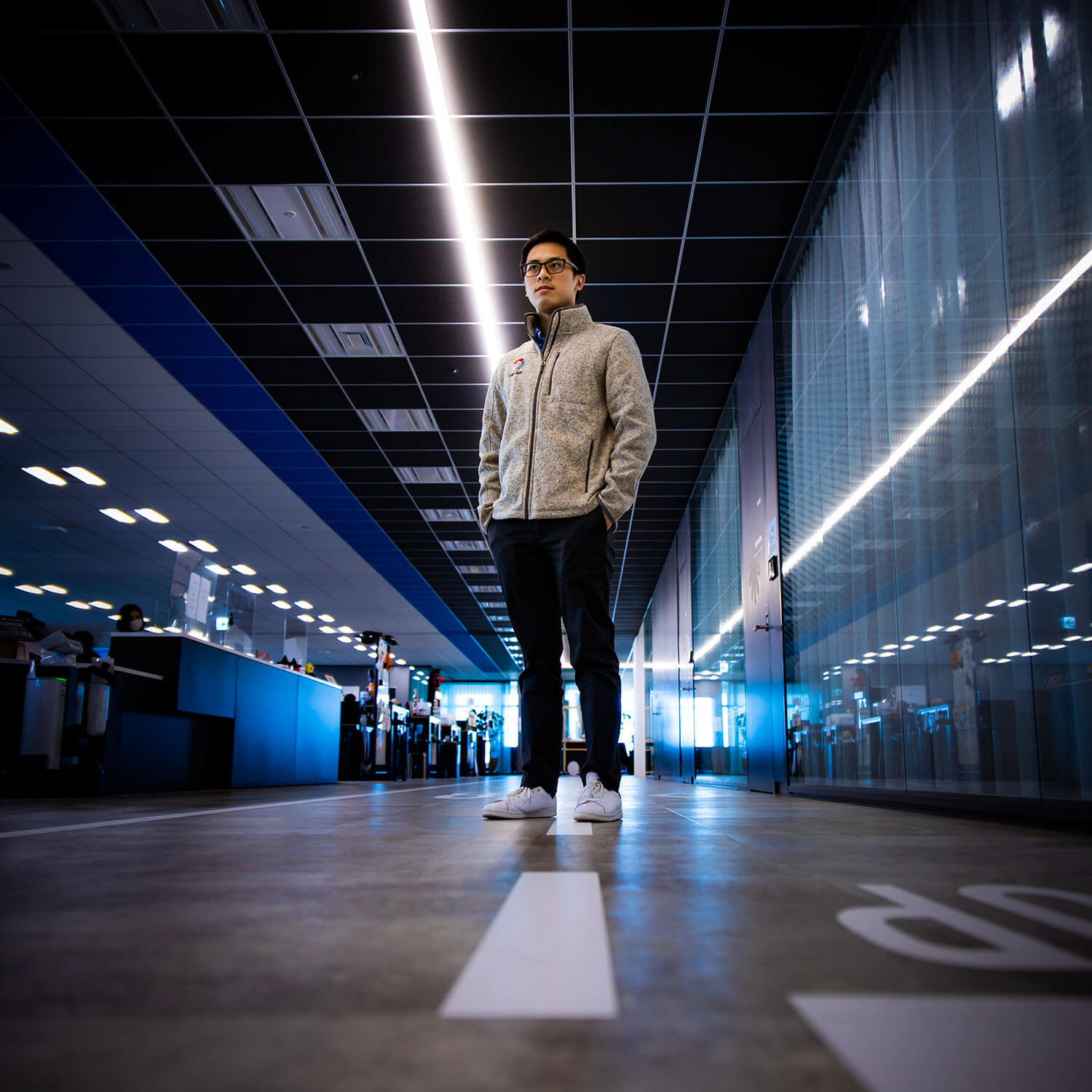 Letian Wang ’23 talks to Miguell Malacad ’12 about his work as a software engineer at Toyota’s TRI-AD project.

The first thing I noticed about Miguell Malacad ’12 was his demeanor. Calm, collected and cool were all words that could be used to describe him when I spotted him at the place we’d agreed to meet. As I hurried over to his table, his cooling coffee cup drew my attention—worthy of note as I was 20 minutes early to our appointed time. Quiet preparedness and understated confidence were exactly what I imagined the qualities a software engineer might be. Malacad’s unassuming presence perhaps obscures the cutting-edge work he’s involved with as a software engineer for Toyota’s autonomous vehicle program.

Unlike its competitors, Toyota has not only opted to develop a typical self-driving, Blade Runner-esque car. Rather, the company has combined both the dreams for the future and the modern standards of today to invest into Toyota Research Institute - Advanced Development, Inc (TRI-AD). Located in Tokyo, TRI-AD was founded in March 2018 for the purpose of developing innovative products that will enable Toyota’s vision, “Mobility for All.” Its mission is to create new technology and advanced safety systems such as automated driving for the world. TRI-AD also oversees Toyota’s Woven City announced in January 2020, that will serve as an incubator for smart city design, connected mobility, and robotics technology from Toyota and its partners. The unique nature of TRI-AD adds to its many challenges—something that motivates Malacad.

Born in Japan in 1994, Malacad’s family roamed the country during his early years until finally settling in Tokyo. He began attending ASIJ in 2006 as a nervous seventh grader, branching out within the community through partaking in ASIJ TV (known then as Media Production) and through running track. His interest in tech became apparent in high school, when he enrolled into Intro to Programming, Intermediate Programming, and AP Computer Science all during subsequent semesters. “Malacad not only worked hard on developing his problem solving skills, but also on the creative aspect of programming,” recalls Kevin Randell, who taught him programming. “He did a lot of programming outside of class...just to fulfill his own interests,” Randall, who now teaches physics adds. “[Malacad] was always immersed in the task at hand and liked to add personal touches to the lab work and make it his own.” Even then, Malacad had already begun setting the framework for his future, which evidently pointed towards the realm of technology.

Graduating a proud Mustang in 2012, Malacad moved on to Purdue University in West Lafayette, Indiana. It was here that he first struggled with cumbersome American transportation systems. It was also at University where he had his first brush with the world of automobiles.

“It's not like I woke up one day and I was like, ‘I want to work on vehicles for a living,’” Malacad remarks. Struggling with a capstone project to finish off in the final year of university, Malacad and his group decided on tinkering with a spare racing car to see if it could run fully off computers alone. Although they ultimately failed in creating a working model, this brief but fascinating confluence of cars and tech, along with his annoyance towards US public transport, would pique a previously unknown interest within Malacad. After receiving his bachelor’s degree in computer engineering, he would earn the position of product engineer at Lattice Semiconductor in Manila, in the Philippines, where he would once again experience the woes of inconvenient public transport. Malacad would eventually return to Tokyo in 2018, after realizing that he “wasn’t really interested in [semiconductors]” After a brief period of job hunting, Malacad found an attractive opportunity online recruiting those with tech experience to join Toyota’s then-fledgling TRI-AD project. After some consideration, Malacad joined TRI-AD as a software engineer in 2019, having finally found an opportunity to pursue his two passions: cars and the improvement of public transportation.

So far, TRI-AD and Malacad’s work ethic have fit hand-in- hand. On a typical day, employees at TRI-AD abide by a very simple schedule: a 15 minute stand-up meeting to address the day’s agenda and an immediate transition to hammering out jobs on a designated task board. This relaxed, Silicon Valley- style atmosphere is not only evident in the office schedule of TRI-AD, but in the environment as well. After all, not many companies have motorized scooters for staff to use in the office, set up hammocks complete with fake grass for work areas, and allocated a designated section for PS4s (typically used for driving simulations). The company’s award-winning office space, which stretches over several floors, provides a wide variety of flexible areas where employees can explore passions and collaborate on ideas, something Malacad is very invested in.

“The complexity of my job makes it so that for every little problem you face, another hundred problems come up,” Malacad says. “So collaboration is absolutely critical.” It may come as a surprise that Malacad’s primary role is not actually to engineer tech for the automated driving systems. Rather, it is more about “building internal tools for other areas of work” and the engineering of useful technology that others can use—whether it be the motion sensor or AI department. It is a constant, fast- moving process that can be derailed with the slightest mistake, requiring a steady stream of customer requests and feedback to maintain the necessary momentum. To do this, Malacad and his colleagues abide by sprints: the breakdown of a project into manageable chunks, a specific focus on a particular chunk for two weeks, collection of feedback from the customer, and a repeat of the process with different chunks until the project is finally completed. “This way, whenever there’s a slight deviation to what they want, the customers can tell us ‘hey, this is what I'm looking for’,” Malacad explains. “It minimizes mistakes, saving time for both us and the customers.”

If it wasn’t evident already, Malacad’s job requires him to be in constant touch with people. “The technical part of my job is the easiest, funny enough,” he says. “Often, difficult challenges arise from people not communicating their needs as clearly as they could.” This has especially become apparent during COVID-19, as workers around the world have been forced to work in self- contained bubbles of isolation. Although TRI-AD’s tech-oriented work has eased its transition into the online world of remote work, the “realness” of face-to-face communication has become something harder to replicate through teleconferencing. But instead of bemoaning what’s been lost online, Malacad has chosen to focus on the silver lining of the digital cloud. “The future of many careers lie in the online world,” he notes. “Right now, COVID has completely changed company views on working life. Telecommunication services such as Google Meets or Zoom may become permanent work options for many in the future. Frankly, it's amazing how much humans and tech have grown to work alongside each other.”